We are very excited to feature Séan Garnier. Séan brings a significant series of experiences and background from his career in the Futsal world and beyond. His insights and influence are amongst the top athletes not only within the sport but globally. Massive thank you to Séan for taking the time for our interview discussion! Let’s dive in...

The Impact of Futsal on Séan’s Pathway

Séan Garnier grew up pursuing his first dream of professional football. He rose through the youth ranks signing with Auxerre FC and later with Troyes AC. Along his path, he also found joy and creativity through local Futsal and street soccer pick-up matches. His football career was cut short due to a series of knee injuries but ultimately, Garnier found solace in another part of his game. In 2006, Séan turned to Futsal, Freestyle and Showcase events - building his brand as one of the most creative Futsal/football athletes across the globe.

Reflecting on his growth as a player and impact Futsal played in his and peers’ growth, Garnier relayed, “Futsal is very important to a Futsal or football player’s development - the decision-making, more touches, confidence, and relationship with the ball and game. The sport creates the complete athlete and complete player. The game builds two-way players as the positions are more flexible.”

“Futsal creates the opportunity to develop a truly special player - focusing on new tricks and being able to apply in game situations,” added Garnier.

Séan Garnier carries a unique perspective across his career competing not only in the highest levels of Futsal and football but also numerous freestyle, 1v1, Panna and showcase events.

“Futsal had a big impact in my path. For me, it’s a platform of expression. Technically - you have to think differently. Tactically - you have to understand the different movements. It’s very interesting to watch Futsal and football games to compare and learn new things to try in both.”

As the professional Futsal landscape continues to play catchup to the professional football world, Garnier has had the opportunity to compete in high-level Futsal competitions while intertwining that career with the above-mentioned freestyle, Panna and showcase competitions.

A few of Garnier’s Futsal or similar competitions appearances: 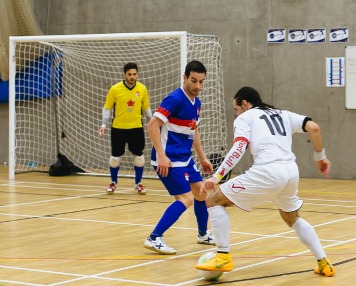 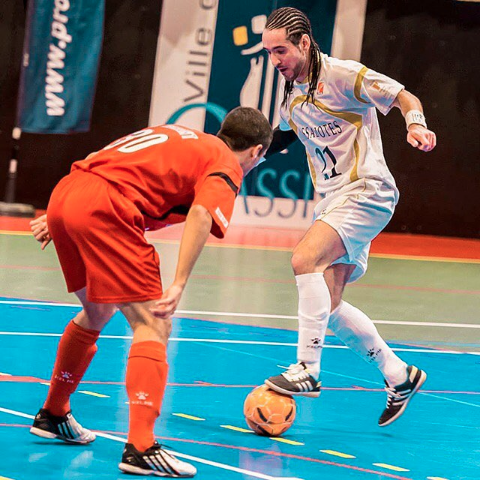 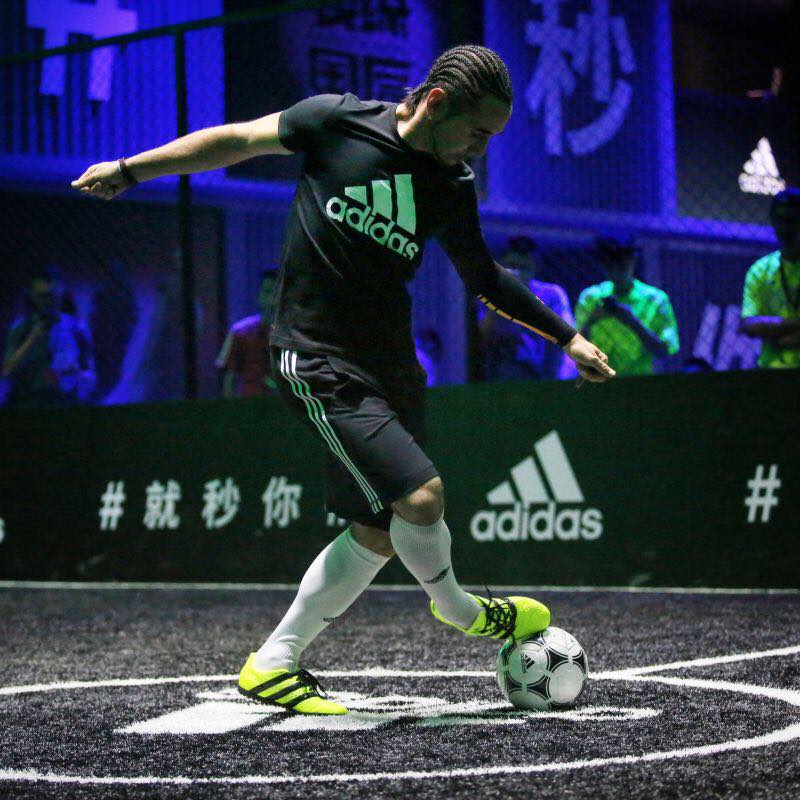 The beauty of Futsal often lies in the cadence, imagination and innovation within the high-intensity environment of the sport.

“There is more freedom in Futsal - it’s a platform to express yourself,” says Garnier.

“It’s most important for players to learn and understand Futsal and its intricacies. Not the same as football or street football or Panna. From there, players can talk the ‘language’ of Futsal, know the movements, way to control, way to act, and ultimately, have the ability to apply your own ‘accent’,” adds Garnier.

“On the one hand, it’s important to embrace the tactics and principles of the game. But on the other hand, sometimes need to use or invent skill moves to be creative and dangerous. Just tricks doesn’t work.”

In today’s media-driven society, youth players across the globe aim to emulate the skills and tricks of top athletes while also innovating ways to add their own flair at times. Garnier was and is no different - learning from those before him and aiming to motivate the next generation.

“To inspire the youth, I focus on my Futsal skill in general, and one specific move I worked on and perfected specifically for Futsal competitions - my signature move called the ‘Dragon Stepover’.”

If you have ever been within 20 meters of Séan Garnier, there is a high probability that he has nutmegged you. Séan has mastered the skill and proves over and over again his ability to embarrass all defenders (including those paying attention or not and pups).

Garnier has competed in numerous Panna events and less-structured 1v1 challenges that displays his unique talent to nutmeg anyone and everyone. A few stars he has made victims include:

“The nutmeg skill move has evolved over time to become a viral phenomenon. Tons of online content, creativity and crazy moves. Futsal creates a greater emphasis on 1v1 scenarios creating the opportunity to humiliate and trick your opponent. The nutmeg being the ultimate skill move.” 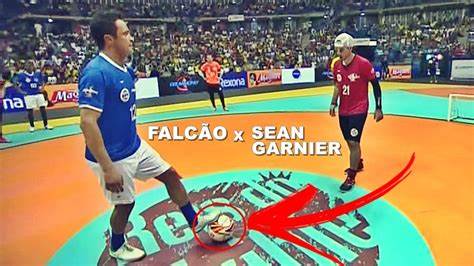 “The nutmeg can be very emotional to the defender. Creates energy to respond and be creative with your pride on the line.”

Garnier’s rise is a tribute to his commitment in building and displaying his creative genius across high-profile events, low-profile engagements, match competitions and emphasis on online content. Further, he has embraced various sponsorships and partnerships to elevate his and their platforms for the good of the sport. 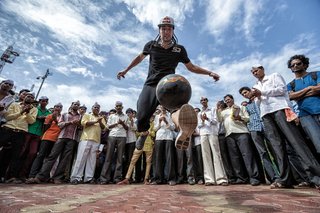 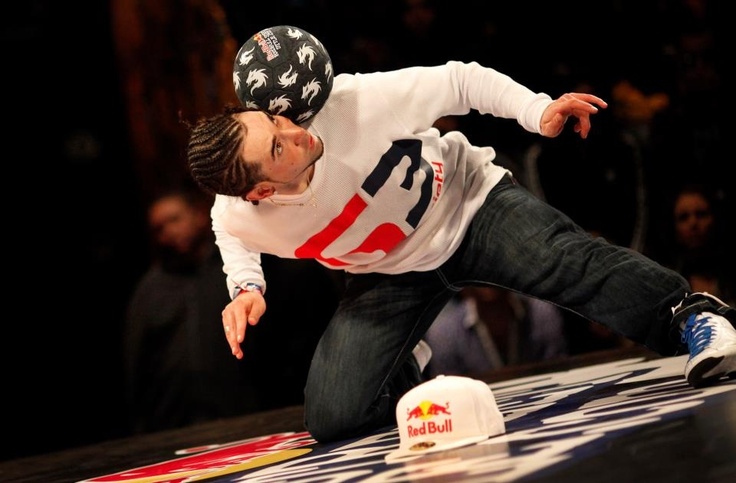 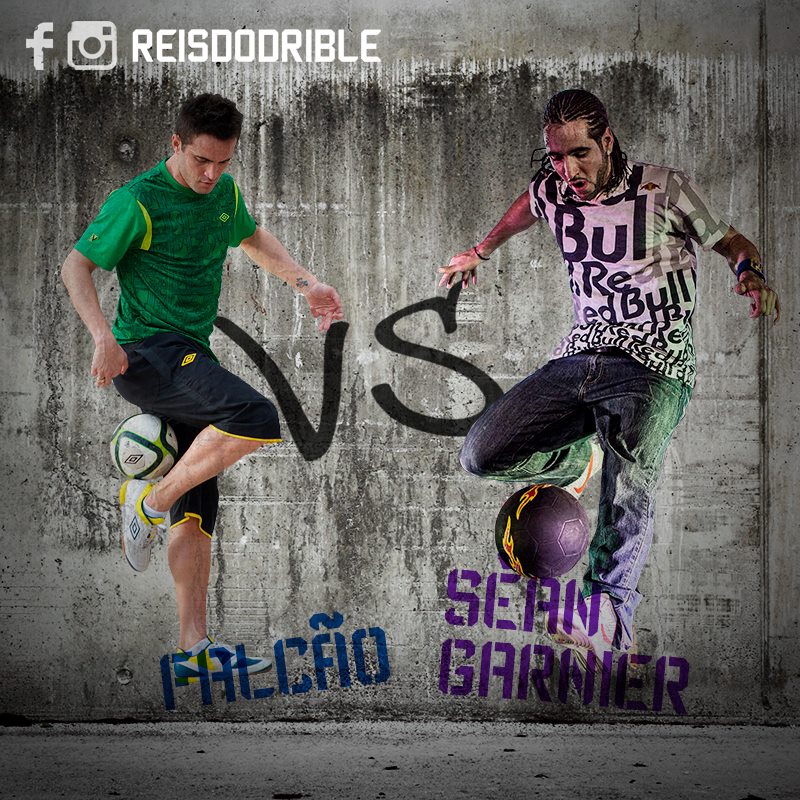 You can view the full list of partners here. A few partnerships that have stood out include:

- Garnier & Falcão Relationship - No official partnership but the industry has brought the two together on many occasions to build the Futsal, Freestyle & football culture.

Garnier has become a viral sensation across online platforms. He has amassed millions of fans across his social media platforms (Facebook, Twitter, Instagram, YouTube & Snapchat). He realized the importance of building his brand and standing out in a vast, cluttered sports world.

His brand’s success early-on derives from his success in simple content of skills and tricks at low-profile locations, and grew from his championships at various Freestyle events.

What is Freestyle? Here’s the full video below from the 2008 World Finals performance.

Garnier, a special talent amongst the top Futsal and football players in the world, has had the opportunity to compete in many high-level events.

The showcase event that resonates most - Premier Futsal India. The production featured the likes of Ronaldinho, Falcão, Garnier, Ryan Giggs, Hernan Crespo, Paul Scholes, Salgado, Neto, and Angellot, among others.

“I had the pleasure to compete on the Chennai 5s ("Team Falcão") and put on a show for the global audience,” said Garnier.

“At times, professional Futsal games can become more predictable in a sense where it has a more classical, structured and strategic approach. Showcases and exhibitions allow for more creativity, risk taking and Panna opportunities,” said Garnier, “It was a great event and I was able to play well.”

Ex-Manchester United star, Ryan Giggs, and his Mumbai Warriors team rose as showcase champions. An all-around quality event uniting many in the Futsal world and giving opportunities for all to experience the sport. 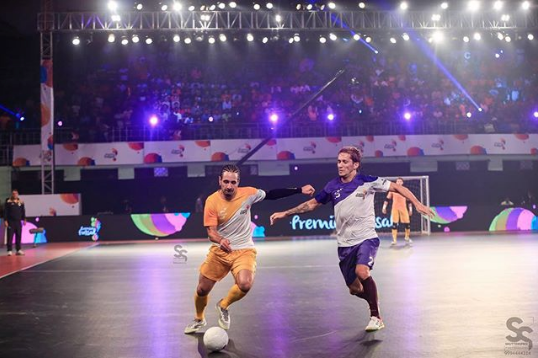 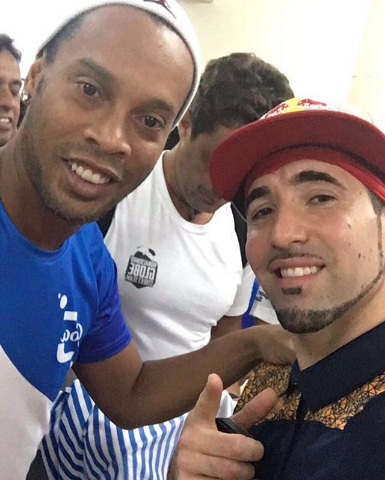 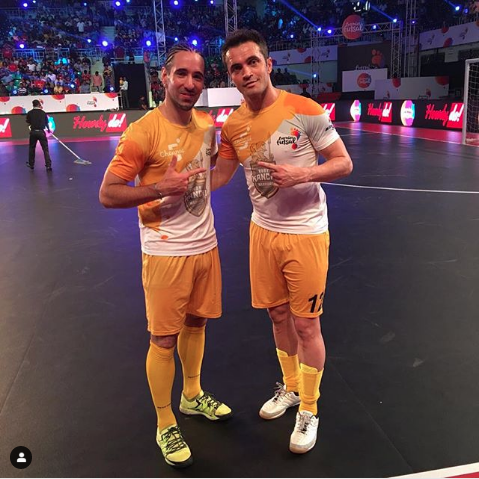 “Good luck to Pivot Futsal and happy to support the global Futsal community. Hope to see you soon and support future events with Pivot Futsal.”

Séan “Freestyle” Garnier has inspired the global Futsal and Football community throughout his career as a Futsal player, Footballer, Freestylist, Influencer and Advocate. After spending his youth rising through the football ranks and signing with French clubs Auxerre FC and Troyes, Garnier turned to Futsal and Freestyle with his ability to captivate audiences through creativity and skill. Currently, Garnier serves as a spokesman for Urbanballer, Red Bull, S3 Crew, and many other partners he continues to collaborate with. Garnier has made Futsal appearances with the Chennai 5s (PFI), Team MUN (RDD), Fitzroy FC (FO/SF), London United FC (UK), and Massaliotes Profutsal (FR), among others, and holds titles as the champion of the WFL - India (2018), French Freestyle Championships (2013, 2012, 2010, 2009), Styllball Beach Style - Dubai (2010), and Red Bull Street Style World Finals (2008). Further, Garnier’s influence is amongst the top athletes in the world with millions of fans across social media and online channels.

Mark Wysocki is an accomplished sports business & Futsal professional with 10+ years in the sports industry supporting some of the world’s leading corporate brands and rising small businesses. Wysocki has been very connected to the Futsal community over the years across the United States & internationally as a consultant, professional Futsal player, program director, strategist, coach, and advocate of the sport.